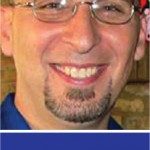 You can find a lot of funny things on Facebook when you pay attention.

This isn’t about silly GIFs or sarcastic memes – see your local teenager if you’re not familiar with either. The humorous stuff comes in how people interact with news that is shared on the social media giant. In one instance, a commenter praised the writing ability of a journalist who simply cut and paste a police department press release into a Facebook post. Thankfully, the journalist pointed out that fact instead of taking credit.

Then, there was the all-too-common, “Why haven’t we heard about this?” comment used to suggest the media isn’t paying attention to crime in their community. Except, in this example of a media consumer who doesn’t get it, the comment was placed under a link to a TV news report on a TV news station website where the police were talking about the very crime this person believed no one had heard about. The commenter, however, didn’t identify which rock they live under.

Kind of makes you feel like it’s going to be another long year for police and media trying to inform the public, right? Not necessarily. A renewed focus in 2016 on your department’s message to the community and relationship with the media can help remedy some of the 2015 hangover caused by cops who found themselves on the wrong side of the headlines last year.

A couple of fundamentals don’t change in the new year: First, your local media interactions – not what you see on cable TV – are what should shape your opinion of how reporters do their job. Second, learn all you can about the media’s work instead of assuming the worst stereotypes about who covers what and why.

To the latter point, it’s a good time to pay attention to a media trend that has been around forever – copycat coverage. Last year’s Joe Gliniewicz case put a spotlight on a guy who was ripping off his department’s Explorer’s program. Stories have already popped up about departments taking closer looks at how similar in-house programs are run, and a civilian employee for one suburban agency was recently charged with stealing from his department – so the idea is still timely and relevant.

What does this mean to you? Not too long ago, you could guarantee the beat reporter for your department would have asked by now about financial oversight of your programs. The situation does create a “good news” opportunity for any department that wants to highlight the strength and veracity of its community programs.

Consider doing a quick press release – more of a prompt for stories these days than you might realize – announcing a clean audit or to highlight the simple, ongoing success of a program. It’s topical and, hopefully for your department, a way to show your community you’re on top of things and doing it right.

Perhaps the bigger “copycat” story isn’t a story as much as it is the likely big issue for 2016 – cameras. Body and squad cameras have been the focus of constant media attention since Ferguson. While this year might be about funding, training and implementation of body cameras for you and your officers, reporters on all levels will be eyeing the rollout and its impact on your residents.

More immediately, media requests for squad car video could be on the rise after recent events in Chicago. Reporters always look for precedent to support their argument for access to information. The release of a video many consider a key piece of evidence in a murder case now gives media outlets a go-to example for pushing to see footage your department possesses, and not just if questions arise about an officer’s actions.

Department policy and legal implications will dictate if/when any of your videos ever get released, but consistency is a key factor. There are few things reporters dislike more than to hear “no” to a request they make when a similar one was granted.

That’s what has long bothered me about 9-1-1 recordings. In my experience, most are long and boring outside of the couple of seconds of buzz when a frantic caller reports trouble. What’s worse, to even get to the long and boring audio, I dealt with an oft-drawn-out Freedom of Information Act (FOIA) process to get access. Many times I was flat-out denied because of the dreaded (for reporters) “pending investigation” exemption.

Needless to say, it’s always irritated me to see TV using 9-1-1 audio, especially when it came from departments that were steadfast in holding it back at other times.

Make a consistent approach to releasing information – as well as a process for explaining why you won’t at times – a part of the 2016 focus for developing a good relationship with the media.

Dan Campana is a Chicago-area freelance writer and communications consultant. Send questions and comments to dan@dancamcom.biz.